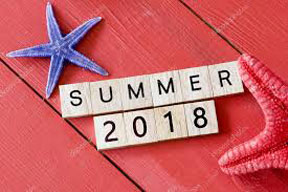 Happy First Day of Summer!!  This always sounded wonderful in my youth.  Now I'm just depressed that the days will be getting shorter. 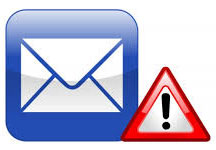 Speaking of depressed, a whole lot of folks are getting bounce messages when they try to email me.  Despite the messages, I AM getting your emails (I think).  I'm not sure how to solve this one.  I'll check with my web mistress.  Just one more aggravating technology issue. 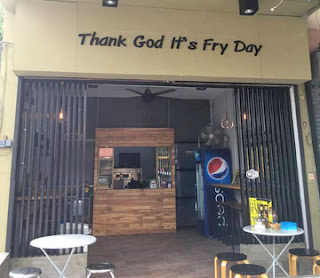 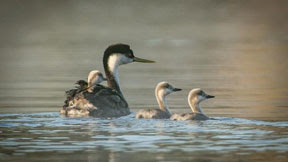 Ernie Cowan's latest wildlife column in the U-T is close to home -- if you live in Escondido.  He and his buddy photograph Grebes in Lake Hodges.  Click HERE to read the article. 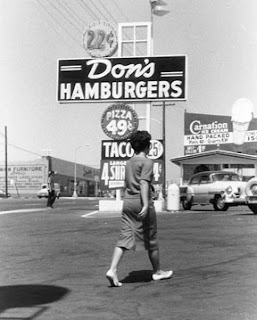 Robert Zito '64 fondly recalls stopping at Don's Hamburgers after surfing, when you could get 10 hamburgers or 10 hot dogs for $1.00.  I wondered if he might have been thinking about Henry's Burgers in PB.  Turns out he was.  I get an awful lot of calls from people wanting a photo of Henry's too.  That's two burger joints I don't have pictures of.  Who knows, maybe something will turn up. 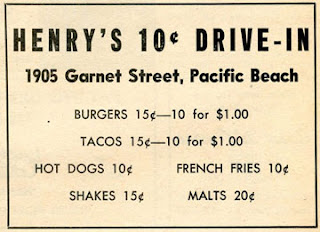 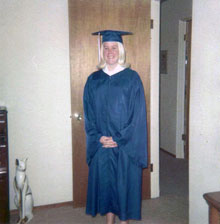 I think I'm late in celebrating the 50th anniversary of the graduation ceremony for the Class of 1968.  Turns out Kathy Keeyes has her photo and a shot of the graduates on the field at San Diego State already posted on my web site.  Click HERE to take a look.  I wonder if they're sitting right where the basketball court is at today's Viejas Arena.

Debra Mathis '70 died on March 11th, according to her brother Ed Mathis '66.  He says, "After graduation Debbie moved to Atlanta, Georgia to be near the hub of our family. She was never married. She worked a variety of jobs, but her real passion was cake decorating and her dogs. She moved to South Carolina later in life to take care of our ill Mother and Aunt." 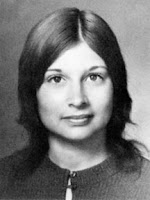 Steve Shockome '73 sends word of the passing of his wife and classmate Georgia Cramer Shockome on May 22nd.  She was born at Mercy Hospital on March 24, 1955 and will be laid to rest one week from today (June 29th) at Miramar National Cemetery at 2 PM.  I think Steve would appreciate your presence. 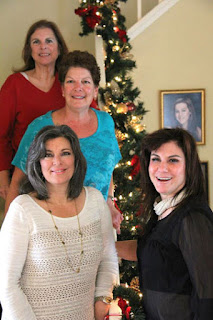 Remember the four DeSanti cousins, all named Giovanna, featured in the January 17, 2014 Colt Corral?  I've just learned that Giovanna DeSanti Hauser '68 (in blue, and below) passed away March 18, 2017.  Click HERE to read the original story. 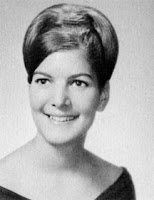