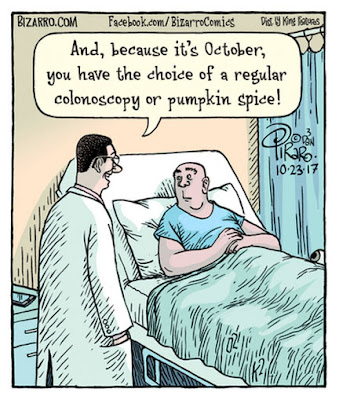 It's been awhile, but I finally came across a cartoon that made me chuckle. 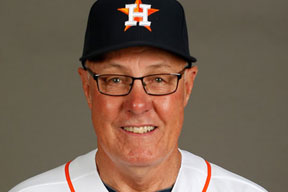 Have you been watching the World Series?  The name Brent Strom sounded really familiar to me.  Turns out the Astros' Pitching Coach was the 1966 Section Player of the Year at San Diego High School and later played for the Padres. So there you are. 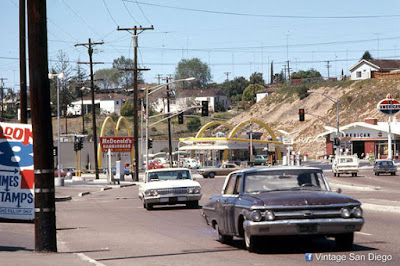 Recognize this McDonald's?  Greg May didn't, and asked for help when he posted the shot on his Vintage San Diego Facebook page.   He got help in a hurry.   The shot looks west to 70th and University in April 1972, when the Golden Arches had Golden Arches. 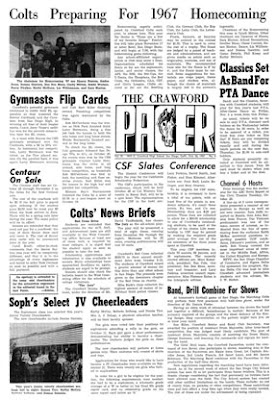 The 2017 Colts are preparing for tonight's Homecoming, just like they were in 1967.  Click HERE to read the Golden Anniversary Pacer from October 26, 1967. 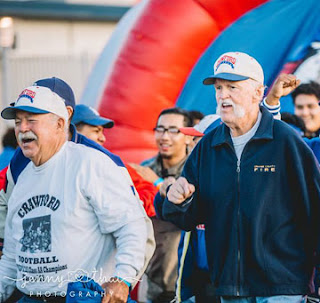 Class of '62 football players Bruce Parker and Ron Newport emerge from the tunnel at the Grand Opening of Crawford's Football Field.  Click HERE to see some great Facebook photos by Jenny Thai.  If you don't "do" Facebook, click HERE to look at the photos on Jenny's web site. 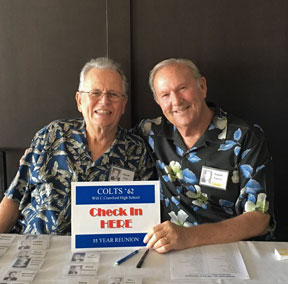 Colin Cole and Duane Farrar were in charge of check-ins at the Class of '62 55th Reunion held October 5th.  Click HERE to look at Lynn Routt Swanson's photos on Facebook. 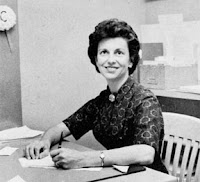 Emma B. Leisure, my Senior Year counselor, passed away September 2nd at the age of 96.  Click HERE to sign the on-line guest book. 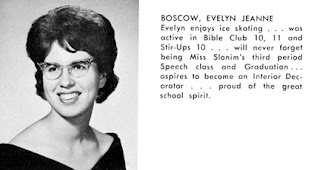