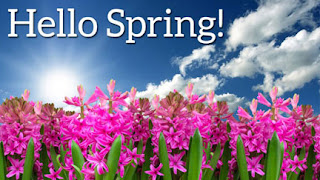 Spring arrived on Wednesday and I ended up dining at Fat Fish in Pacific Beach with my long-time buddy Tom LaShell.  We shared the Shrimp Enchiladas, which featured a Oaxacan cheese chipotle cream salsa.  I'm pretty sure that's what Jack-in-the-Box has been putting in their tacos all these years. 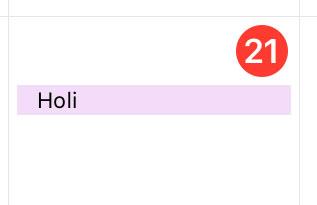 How was your Holi?  A lot of folks -- especially me -- wondered why March 21st featured the word holi on their iPhone calendars.  Turns out it's an ancient Hindu Spring Festival.  I wasn't sure how to celebrate it so I decided to have another piece of Chocolate cake.

Apparently I had Miss Dirksmeier for 1st Year Latin in 9th Grade at Horace Mann, and Mrs. Virginia MacMaster for 2nd Year Latin at Crawford.  Amo, Amas, Amat is about all I recall.   Lis Urick Heacock, on the other hand, says she can still remember the Pledge of Allegiance in Latin.  I'm not sure I can remember it in English. 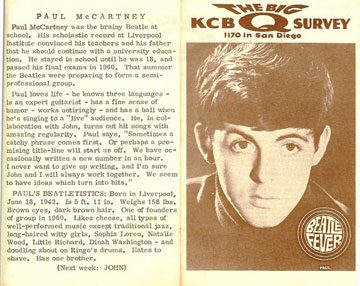 KCBQ featured biographies of The Beatles during the month of March 1964 -- 55 years ago.  The March 22nd Big Q Survey singled out Paul.  The top five best-selling records belonged to The Beatles.  Click HERE if you'd like to see the list. 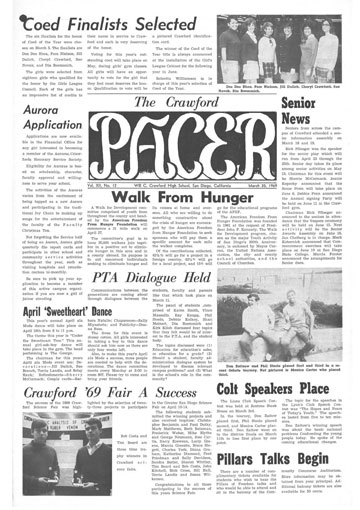 Dee Dee Rhea, Pam Nielson, Jill Dulich, Cheryl Crawford, Sue Novak and Dia Roemmich were revealed as finalists for Coed of the Year in the March 20, 1969 Pacer.  Click HERE to check it out. 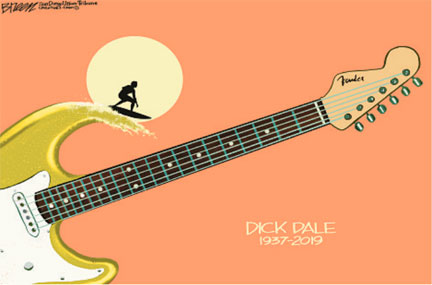 U-T cartoonist Steve Breen did a nice drawing in memory of surfing guitarist Dick Dale.  Click HERE to read a great obituary in the LA Times.