IT'S STILL DARK IN PACIFIC BEACH but I'm OK with that because -- thanks to Daylight Savings Time -- it's staying light in the evenings. 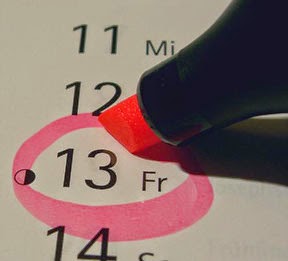 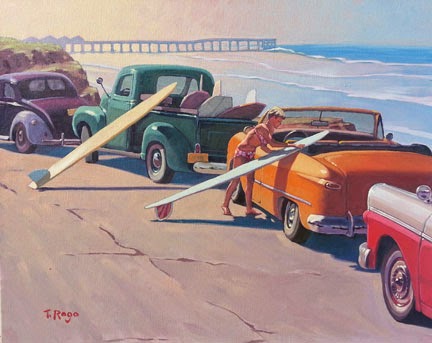 I thought some of you might enjoy this image posted by artist Tom Rogo yesterday on Facebook.  It's an oil on canvas painting of his titled "Linda at Pacific Beach".  It shows famous surfer Linda Benson waxing her surfboard in the 1950s at Law Street.  Of interest is the fact that Crystal Pier is shown as it looks today, having been rebuilt after the destructive 1983 storm. 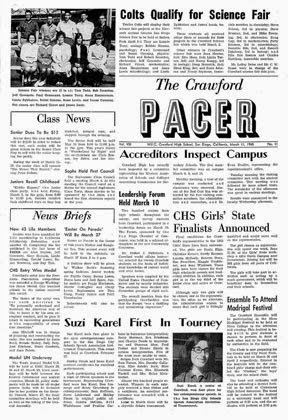 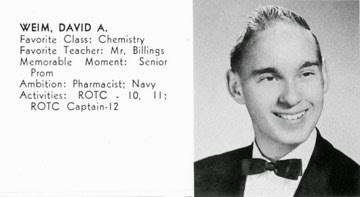 David Weim ’59 passed away unexpectedly at Kaiser Zion Hospital of heart problems on March 1st. He was a San Diego native whose parents were first generation Americans from Norway and Sweden. He was very proud of his Viking heritage. After graduation, he went into the Army for a brief stint that included Korea, and then returned to San Diego, graduating from San Diego State University with a degree in Accounting. He worked for Advanced Rehabilitation Technologies for over 30 years, and had his own income tax business that he just gave up a few years ago.   Survivors include brother Donald Weim ’63.  Click HERE to view the Guest Book. 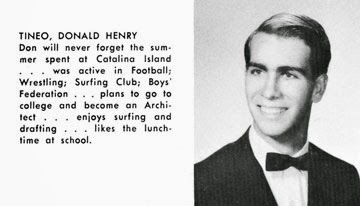 I received word on Wednesday of the passing of Don Tineo '63 on February 18th in Roswell, New Mexico.  There will be a memorial service in San Diego, but I don't know when.  Click HERE to read more and sign the Guest Book.