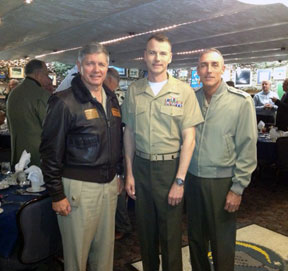 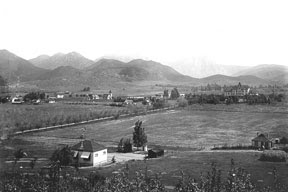 For those who need a historical photo fix here's a shot of Lakeside that might date to the turn of the last century.  Click HERE to see it enlarged. 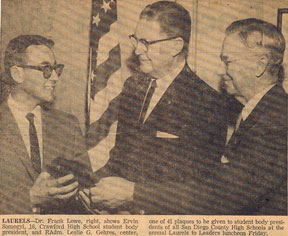 Barbara Hinrichs Vester '61 sent me the above clipping from her Senior Year featuring ASB President Ervin Somogyi.  I scanned it, uploaded it and posted it on the Memories Page -- then forgot to tell anyone.  Last Saturday Barbara invited Ervin and Bob Richardson to lunch and Bob sent me a photo of the trio.  Click HERE to see enlargements of both photos. 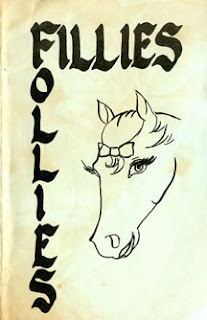 This time I'm SERIOUS!!  We're absolutely down to the last couple of items from the Hope Chest of Ann Roskos Roffelsen '63.  Here's the program from the 1963 Fillies Follies, held in the auditorium on March 20, 1963.  Rolly Fanton, Linda Johnson, and Kathy Houser led off the Talent Portion with "The Marriage Proposal". 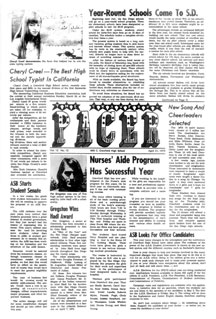 Holy Mackerel!!  Cheryl Creel ended up being the best typist in the state, according to the article in the  April 21, 1972 Pacer.  There's a nice ad for the Carvel Ice Cream store on 54th and Redwood.  I mention it mostly because they point out that it's "half-way between K-Mart and Fed-Co". 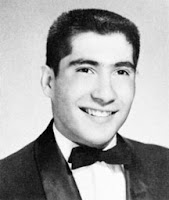 Lulu Anaya Bayless '63 sends word that her brother Louie Anaya '59 passed away April 15th.  He had been in ill health for many years.  You can read what Lulu wrote, plus an article about Louie from the November 4, 1958 Evening Tribune, on the 1959 Obituary Page.