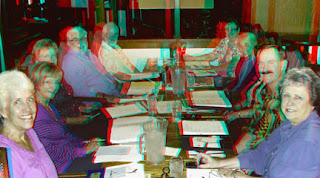 Owen "Wes" Western passed out 3-D glasses at yesterday's Class of '63 Reunion meeting then later emailed a photo of the group.  I hope you've got an old pair laying around. 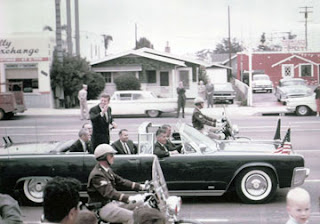 We're still trying to figure out where this picture of President John F. Kennedy was taken.  The business at the left has a phone number that appears to be AT-2-7721.  Barbara Bright Wilder '62 thought it might be that portion of El Cajon Blvd. that was cut away to make room for the I-15.  Bob Belanzon '70 thinks he can spy a portion of a steak house that used to be there. 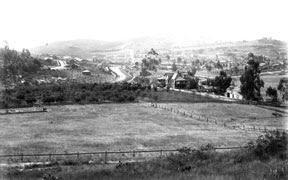 Click HERE to see a gorgeous enlargement of a 1912 La Mesa photo from the San Diego History Center.  Sadly I don't know my way around in La Mesa, so someone will have to tell me which way this photo is pointing.

Dave Folck '67 has written a book entitled: MRSA, MRSA Me! A First Person Story of Gross Negligence Medical Malpractice, the Lawsuit Which Followed, Thoughts on Fighting Back and Reform. 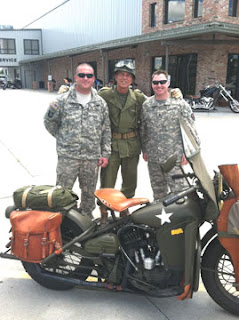 David Bieber '69 has probably made it to Washington, DC on his WWII Harley Davidson by now.  He posed for this photo with a couple of guys from the 1st Airborne Division in Grand Island, NE on June 4th. 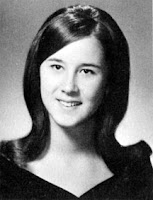