Kris Pruski Wood '70 thought you might enjoy the article about Crawford in the current issue of The Rolando News.  Click HERE to check it out. 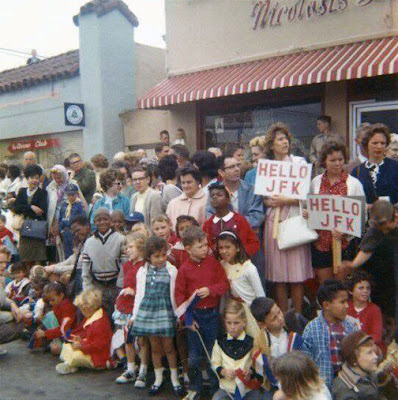 A Hoover grad shared a photo on Facebook of her Kindergarten class gathered to greet JFK as he traveled east on El Cajon Boulevard during his visit on June 6, 1963.  I'm sharing it because it's a great photo -- and the original Nicolosi's restaurant is in the background. 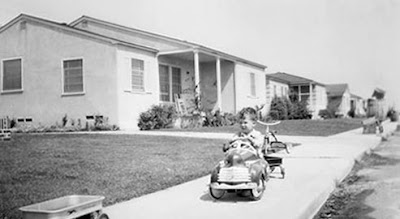 A discussion on Facebook about the potholes on Trojan Avenue evolved into a "I grew up there" round robin.  Joe Dyke shared a 1948 photo of himself near the family home on Corinth St. 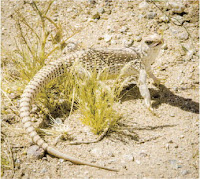 Ernie Cowan's Outdoors column in last Sunday's UT was entitled "Hiking in Anza-Borrego Desert Is A Great Way to Start the Year."  You might see a "Stick Lizard" (see above).  Click HERE to read the piece and find out what a stick lizard is. 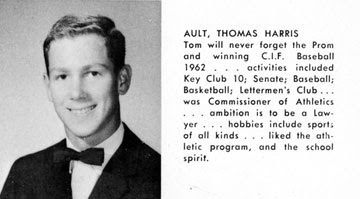 Tom Ault '63 passed away December 15, 2017.   There will be a memorial service and reception on January 26 at 1:00 at the Village Presbyterian Church in Rancho Santa Fe.  A reception will be held after the service at the Rancho Santa Fe Country Club.   Click HERE to sign the on-line Guest Book. 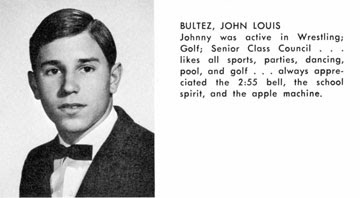 John Bultez ’65 was in a fatal car accident October 24, 2017.  His daughter Brenda Wilson would love to hear from folks who knew him.  Email her at Bbultez@gmail.com

Raymond Hong '72 passed away on December 4, 2017. Some of you may remember my brother as a Cheerleader, tennis player and wrestler -- Lisa Hong Hom ’75

(This is an article submitted to a Louisville KY Newspaper contest to
find out who had the wildest Christmas dinners. It won first prize)

As a joke, my brother Jay used to hang a pair of panty hose over his fireplace before Christmas.  He said all he wanted was for Santa to fill them.
What they say about Santa checking the list twice must be true because every Christmas morning, although Jay's kids' stockings overflowed, his poor pantyhose hung sadly empty.
One year I decided to make his dream come true.  I put on sunglasses and went in search of an inflatable love doll.  They don't sell those things at Wal-Mart.  I had to go to an adult bookstore downtown. If you've never been in an X-rated store, don't go, you'll only confuse yourself.   I was there an hour saying things like, 'What does this do?'  'You're kidding me!'  'Who would buy that?'  Finally, I made it to the inflatable doll section.
I wanted to buy a standard, uncomplicated doll that could also substitute as a passenger in my truck so I could use the car pool lane during rush hour.  Finding what I wanted was difficult.  'Love Dolls' come in many different models.   The top of the line, according to the side of the box, could do things I'd only seen in a book on animal husbandry.
I settled for  'Lovable Louise.'  She was at the bottom of the price scale. To call Louise a 'doll' took a huge leap of imagination.  On Christmas Eve and with the help of an old bicycle pump, Louise came to life.
My sister-in-law was in on the plan and let me in during the wee morning hours.  Long after Santa had come and gone, I filled the dangling pantyhose with Louise's pliant legs and bottom.  I also ate some cookies and drank what remained of a glass of milk on a nearby tray.   I went home, and giggled for a couple of hours.
The next morning my brother called to say that Santa had been to his house and left a present that had made him VERY happy, but had left the dog confused.  She would bark, start to walk away, then come back and bark some more We all agreed that Louise should remain in her pantyhose so the rest of the family could admire her when they came over for the traditional Christmas dinner.
My grandmother noticed Louise the moment she walked in the door.  'What the hell is that?' she asked.  My brother quickly explained, 'It's a doll.' 'Who would play with something like that?' Granny snapped.  I kept my mouth shut. 'Where are her clothes?' Granny continued.  'Boy, that turkey sure smells nice, Gran,' Jay said, to steer her into the dining room.  But Granny was relentless.  'Why doesn't she have any teeth?'
Again, I could have answered, but why would I?  It was Christmas and no one wanted to ride in the back of the ambulance saying, 'Hang on Granny, hang on!’
My grandfather, a delightful old man with poor eyesight, sidled up to me and said,  'Hey, who's the naked gal by the fireplace?'  I told him she was Jay's friend.  A few minutes later I noticed Grandpa by the mantel, talking to Louise.  Not just talking, but actually flirting.  It was then that we realized this might be Grandpa's last Christmas at home.
The dinner went well.  We made the usual small talk about who had died, who was dying, and who should be killed, when suddenly Louise made a noise like my father in the bathroom in the morning.  Then she lurched from the mantel, flew around the room twice, and fell in a heap in front of the sofa.  The cat screamed.  I passed cranberry sauce through my nose, and Grandpa ran across the room, fell to his knees, and began administering mouth-to-mouth resuscitation.
My brother fell back over his chair and wet his pants.  Granny threw down her napkin, stomped out of the room, and sat in the car.
It was indeed a Christmas to treasure and remember.  Later in my brother's garage, we conducted a thorough examination to decide the cause of Louise's collapse.  We discovered that Louise had suffered from a hot ember to the back of her right thigh.
Fortunately, thanks to a wonder drug called duct tape, we restored her to perfect health. I can't wait until next Christmas!!!!!!!!