Crawford was shut out by Monte Vista last week 23-0.  If my research is correct, their next game will take place October 7th at Lincoln vs. Clairemont.  This is a 6:30 kickoff and, because construction continues on the Crawford campus, will serve as the Colt Homecoming Game. 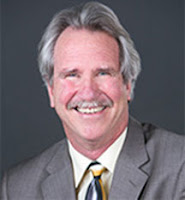 Certified Elder Law Attorney Phil Lindsley 70 will be among the speakers at the Successful Aging Expo, to be held at the Town & Country Hotel on Saturday, October 8th.  Click HERE for more information. 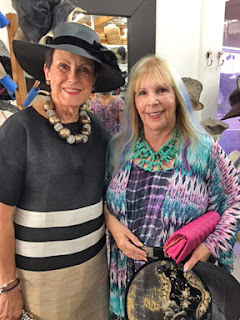 “There are Colts everywhere,” reports Ginger Irvine Barnard ’60 (that’s her on the left).  She was at Louise Green Millinery in West Los Angeles getting her copy of Advanced Style, Older & Wiser signed by the author Ari Seth Cohen.  Turns out Ari is a Patrick Henry graduate, and his mother (that’s her on the right) is Frances Levine Cohen ’67. 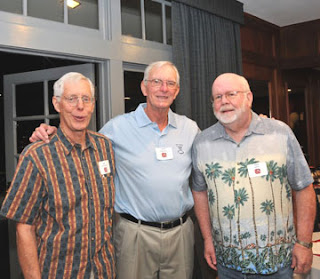 Bob Richardson, Fritz Ziegenfuss, and Fred Cairns at the Class of '61 55th Anniversary Reunion. Click HERE to see the rest of Bob's photos.  You'll have to squint to see the captions at the bottom. 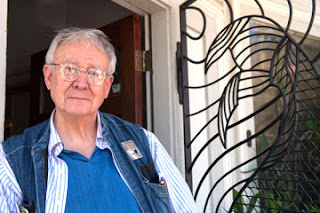 Deep in the bowels of my Facebook Message app I discovered a missive from Pam Rossman Monroe with a link to an article about guitar maker Ervin Somogyi in Guitar Connoisseur Magazine.  Within the article is an additional link to a lovely YouTube video entitled The Responsive Guitar.  This all sounds vaguely familiar, but it's worth looking at again. 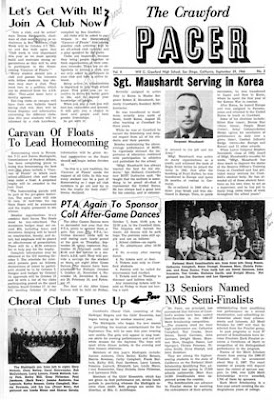 "Ask and you shall receive": Nancy and I were cruising the old neighborhood on Monday.  We were heading west on El Cajon and passed through the intersection at 52nd Street.  I could not, for the life of me, recall the name of the fast food place that occupied the southwest corner so many years ago. The answer is in an advertisement on Page 3 of the September 29, 1966 Golden Anniversary Pacer. 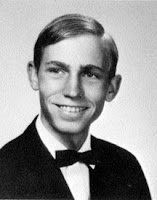 "Imagine my surprise," writes Jackie Hearst Hadley, "to open your blog of September 23rd and see my twin brother's smiling face.   I know I should have let you know of his death years ago.  It took me a while to accept it and then I was a bit embarrassed for waiting too long. That being said, here is what I should have told you in 2012:  John Hearst died of lung cancer.  After high school, John joined the Navy and was an ADJ, 2nd class (jet mechanic) during the Viet Nam era, serving on the Constellation and at various land bases, including China Lake, CA.  After his discharge, John returned to San Diego and was an automotive mechanic.    Two friends from high school, Les Bunnell and John Purseglove, kept in touch with John over the years and were especially close just before his death. John's family, including his sisters Carlene '60 and I, spent time with him leading up to his passing. His wife of 35 years, Karen, preceded him in death by just a few weeks. He is survived by his sisters, many loving friends, his son Steven and 3 grandsons."