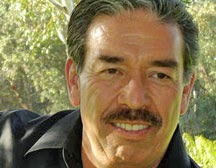 Guy Gonzale '69 will be filling in for Doug Kvandal '66 tomorrow night with Live Jazz at the Amigo Spot.  Kick off is at 7 PM 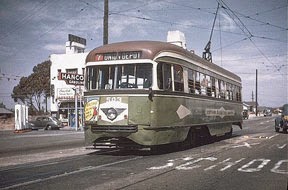 Remember the Silverado Ballroom on University and Euclid?  Greg May has a couple of pictures of it in the Silverado Ballroom Album of his Vintage San Diego Facebook page.  He also has a photo of a streetcar out in front, which I couldn't resist.  I had not seen this photo before.  You might also enjoy the History of the Tower Bar from my web site. 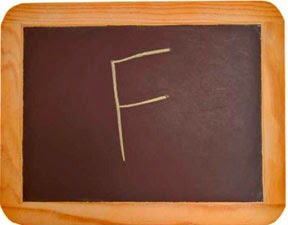 Stan Keniston '66 shares a Voice of San Diego link to a article about the San Diego schools who have trouble enrolling the kids in their neighborhood.  Very interesting charts.  The article was really about a meeting held Tuesday night to address the problem.  I'm not sure if they came up with any solutions. 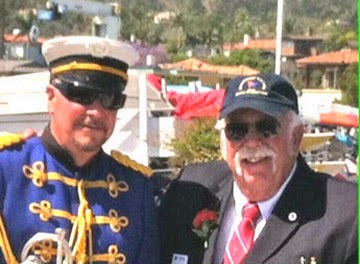 Joe Dyke '65 and Ron Dixon '64 pose for a snapshot at the 2015 opening of the Southwest Yacht Club on April 19th.  Joe showed up as a member of the Grand Pacific Band, which provided the ceremonial music.  Ron, as both Chaplain and cannoneer, gave the invocation and provided the booms. 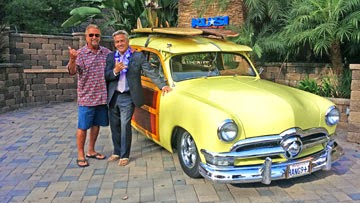 Barry Penn '64 shows off his 1950 Ford Woodie in an interview with KUSI's Dan Plante on April 19th.  The car once belonged to Floyd Smith, of Gordon and Smith Surfboards. 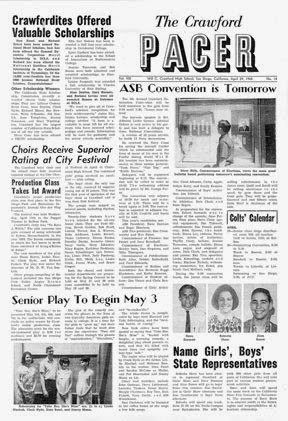 Con Davis' '40 Ford was Heap of the Week, Diana Loss was Girl of the Month, and Senior Sketches featured Jim Calkins and Ann Mitchell in the April 29, 1964 Golden Anniversary Pacer. 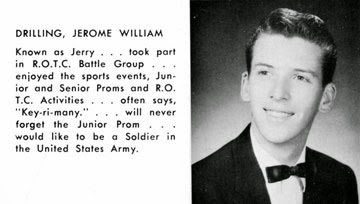 John McGuigan '64 sends word of the passing, on April 15th, of his cousin Jerome Drilling '62. Jerry's brother Greg put together a nice remembrance, which I have posted on the Class of '62 Obituary Page  You'll enjoy the "Who's On First" routine of Three Drillings and Ocean Beach.