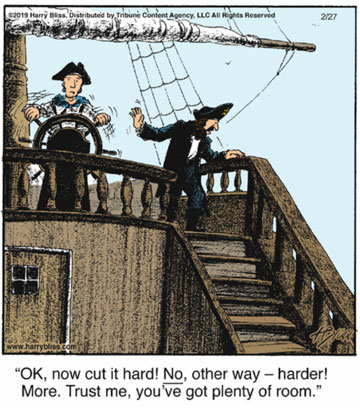 San Diego Comic Fest is around the corner, March 7 through 10 at Four Points by Sheraton, 8110 Aero Drive. The show's big guest will be Sergio Aragonés, who's created cartoons for MAD magazine since we were all kids. I'll also be a guest there, presenting my hilarious ODDBALL COMICS LIVE! show twice (clean and dirty versions) and selling of copies of my latest children's book, MAROONED LAGOON and other silly stuff. Many other Crawford alumni plan to be in attendance, including Special Guests award-winning science fiction author Greg Bear and physics professor and author Roger A. Freedman. I hope to see some of you at San Diego Comic Fest -- Scott Shaw ’68

My neighbor has a friend in Vista who is selling an RV for $12,500.  It has 53,000 miles.  Let me know if you're interested and I'll send you more details.  My email is mail@johnfry.com (for those of you reading this on Facebook or the Colt Corral) 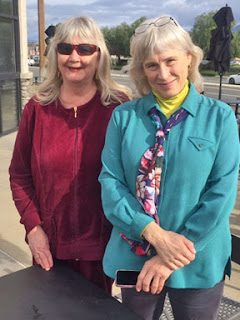 1969 grads Sharon Whitley Larsen and Karen Smith Takizawa -- friends since 4th grade at Phoebe Hearst Elementary in Del Cerro -- recently dined in Temecula with their respective spouses, Carl and Kenzo.   Karen, who retired as a professor at Hosei University in Tokyo in 2017, served as Sharon and Carl's Tokyo tour guide for a week in October of 2017, which included a visit to Tokyo Disneyland, of course.  After teaching high school bilingual special education for a dozen years, Sharon is now a freelance travel writer.  She and Karen are both looking forward to the 50th reunion of their class on August 17! 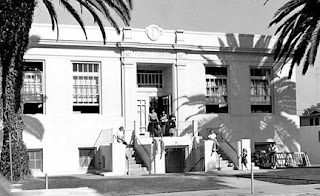 Thanks to the recollections of several Colts, and the fact you can now access San Diego City Directories on-line, I learned that the old East San Diego Carnegie Library was located at 4081 Fairmount Avenue.   I've added an East San Diego Library page to the Crawford web site.  Click HERE to see what folks had to say. 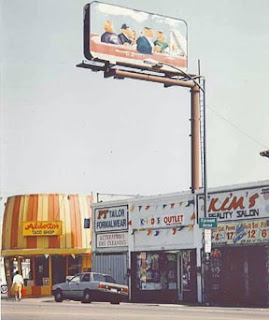 I wasn't as successful tracing the history of the Aliberto's Taco Barrel.  Guesses from Colts included Flower Barrel, A and W Root Beer and Mel's Root Beer. 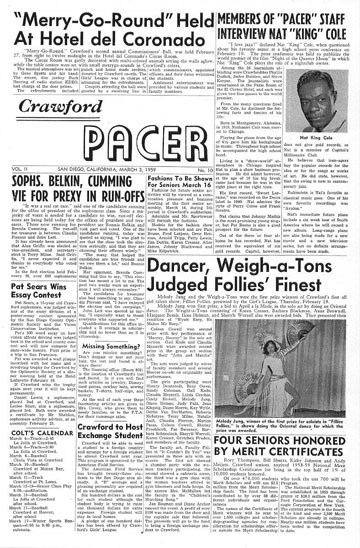 Three student reporters from Crawford got to interview Nat "King" Cole, according to the March 3, 1959 Pacer.  Click HERE to read the student newspaper from 60 years ago. 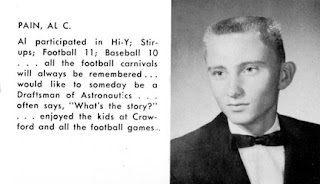 Al Pain ’62 died February 11, 2019 from complications of prostate cancer.  He worked for the USPS for almost 20 years.  He is survived by two daughters and one grand daughter -- Colin Cole 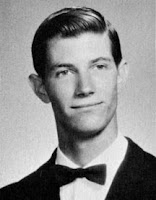 Bob Sabbe ’68 passed away from a heart attack on February 15, 2019.  Although he liked to travel and get out a bit, he was a life-long San Diegan and actually lived near Crawford his entire life.  Bob was pretty active right up until the end and thanks to Rick Walsh and Mike Meyer who organized monthly lunch get-togethers, Bob was always in attendance -- Steve Morgan 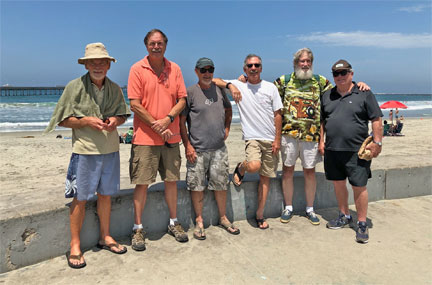 This recent photo, taken in Ocean Beach, shows Bob second from the right.  Left to right:  Mike Tyndall, Mike Meyer, John Risley, Rick Walsh, Bob and Steve Morgan.  Frequent lunch attendees not in the photo are Dave Margulis and Rich Mossay.  We all loved Bob and he is missed.