It had to happen eventually.  This week’s Fry Day missive is nothing but obituaries.  On a happier note, Ann Schoonover Bernardt ‘59 and David Ellison ‘70 are new subscribers to the quarterly newsletter.  The JFK photo has taken on a life of its own and I’m walking away.  Yesterday brought a well thought out email that concluded the photo was taken on University Avenue.  Last week’s brought one insistent that it was taken on “Pill Hill”.  I DID get two folks who thought the steakhouse in the area was Dookie’s.  I believe the restaurant is still there, on the southwest corner of Marlborough and El Cajon, but it may offer Mexican cuisine. 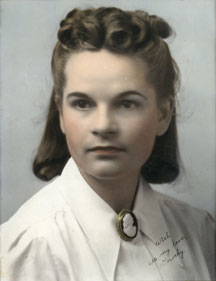 Mom passed away last Friday morning.  She had been at Renown Health, a residential Alzheimer’s Facility for the last three years.  The last year she didn’t know who I was.  The first two years she was angry at me for putting her there.  I feel as though I’ve emerged from a long drive in a dark tunnel into sunshine and warmth.  I’m sure Mom’s in a better place too.  Thanks to all of you who’ve asked about her over the years.  Please don’t offer your condolences.  I’m afraid it will only make me feel bad.  I’ve paid the price of a small car to put an obituary in this Sunday’s U-T with the high school graduation photo above. 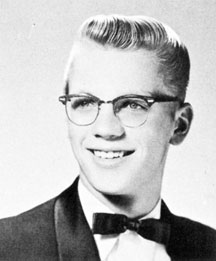 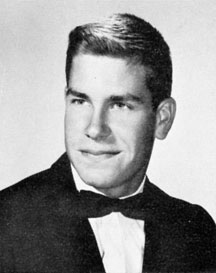 Char Krebsbach Clark '64 says her classmate Richard Couch passed away in January.  Richard was predeceased by his wife and classmate Jean Klock in 2001.  I have no details on Dick's passing but you CAN sign the Guest Book.