NANCY AND I waved at the Waffle Spot as we drove east on I-8 to Brothers Restaurant on Waring Road last Friday.  Nancy Miljas '66 was also dining there, and stopped to chat on her way out.  When it came time to take care of the bill our waitress said it had been paid, and added -- "Go Colts!"  On Monday we were running late and decided to give the Waffle Spot a shot.  We got in without a wait, just as Ron Dixon and his wife Arlene Lueke Dixon '67 were leaving.  Nancy was dining closer to home in San Marcos Tuesday and again learned someone had bought her lunch.  She paid it forward and took care of the bill of a WWII vet and his wife.  (It said WWII on his hat) 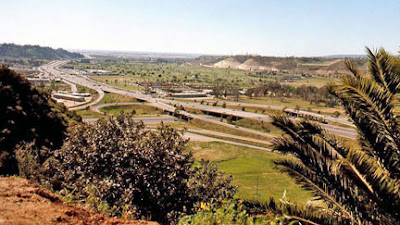 I'm not sure who Pea Hicks is, but Greg May continues to thank him for photos he posts on his Facebook page.  I thank him too.  This week he shared some 1967 aerials of Mission Valley and Mission Bay. 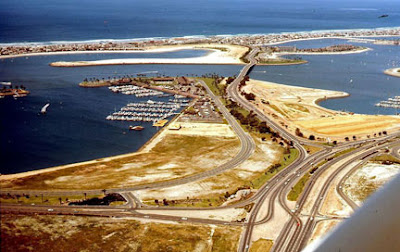 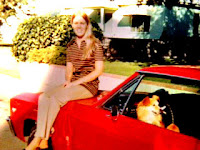 Added to the Cars We Drove To School page this week was Joan Thatcher Green '69, shown here with her '67 Chevy Malibu and dog Tippy 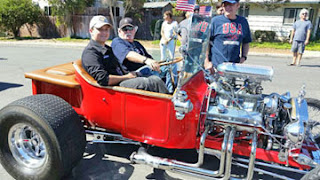 Ted Hazlewood '63 shows off the car he would like to have driven to school.  That's his son Cory riding shotgun.  He didn't say what kind of car it is, other than it's his "Latest Production". 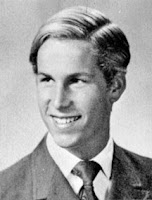