Nancy and I attended last Tuesday's meeting of the Foundation, held in the school library.  I'm the seated Santa Claus.  The baseball coach dropped by and talked about coaching kids from East Africa in the fine points of America's pastime.  By the way, he doesn't have a full complement of baseballs, gloves, or batting gloves -- and he's missing a JV coach.

KPBS ran a piece this week about why Crawford went to four small campuses and why it went back to one big campus.  Click HERE to read the article.  Apparently you can also listen to the story. 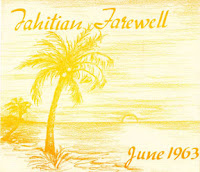 From the collection of Ann Roskos Roffelsen '63 I've posted the program from "Tahitian Farewell".  I assumed it was the Senior Prom, but it looks like it might be the 1963 Senior Awards Ceremony.  Click HERE to check it out.

Ed Herrmann '64, pictured above as a New York Yankee in 1975, is battling cancer.  His wife Barbara invites you to go to Caring Bridge if you'd like to know how he's doing. 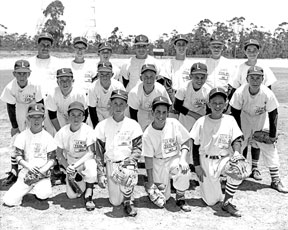 Bill "Cappy" Paxton '66 forwards a photo of his 1962 La Mesa Tool Colt League Baseball team.  Sad to report, he can only recognize one person in the shot and he's pretty sure it's himself.  Click HERE to check it out for your own self.   If nothing else you can enjoy the Chollas Radio Tower in the background. 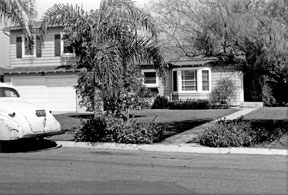 Also from Cappy is this photo of the Paxton family home at 5704 Lindo Paseo circa 1953.  I've added it to the Howard Rozelle Photo #61 Page. 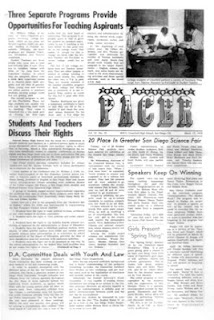 Looks like the Class of '73 will celebrate its 40th Reunion on August 24th at the Bali Hai.  Email Debbie Leimbach Ciccati for more information. 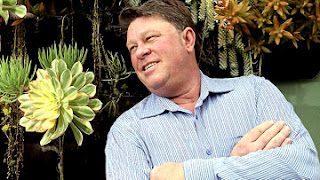 "Want a garden on your wall?"  That's the headline over the article in the U-T this week featuring Jim Mumford '75 and his Good Earth Plants.  Click HERE read all about it.