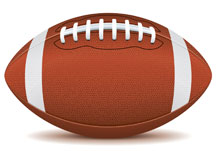 Crawford hit another speed bump last week at Clairemont High, losing 24-13.  They will host Coronado tonight at the Grand Opening of the new stadium.  6 PM for the ribbon cutting.  6:30 for the kickoff.   That's a birds-eye view of the stadium below. 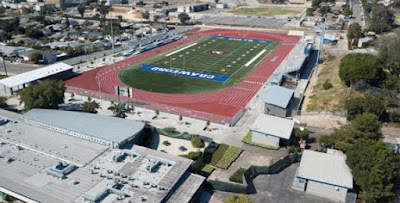 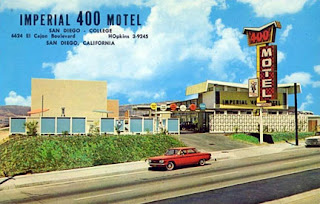 Gary Mitrovich posted this postcard of the Imperial 400 Motel at 6624 El Cajon on his East San Diego Facebook page.  It doesn't look familiar to me, but I think it was directly across the street from Carnation -- and a block or so west of the El Cajon/Montezuma split. 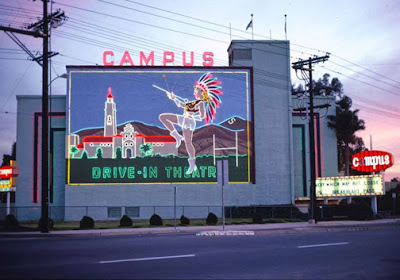 This superb shot of the Campus Drive-In was submitted to Facebook this week by Richard Eveland.  Click HERE to check out some other Campus photos on my still-frozen web site.  There is hope the site will be repaired.  I'll keep you posted. 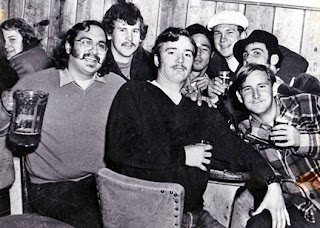 (Above) Steve Wood entitled this Colt Corral Facebook submission, "Class of '70 Studying for Finals at the Long Bar".   The names are  Steve Bonner, Joe Mendez, Lenny Como, Larry Richmond, and Paul Edge, but I'm pretty sure someone is missing.  (Below)  Here are some Class of '62 revelers in what may be the same booth (I'm trying to align the knot holes).  Left to right are John Allison, Linda Dawes, Charlie Tate, Duane Farrar, Bill Rainey and a mystery man. Duane Farrar donated the photo. Bill Rainey, if memory serves, said the photo was taken just prior to his going in the Army. The young man was Bill's guest and later became a Hollywood producer.   I post this photo every few years and it always generates the question -- what ever happened to Linda Dawes?   We still don't know. 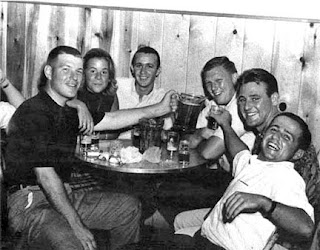 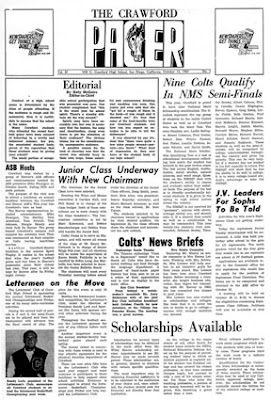