Yowee!!  The Colt football team trounced Southwest High last Friday 60-0.  Brings back memories of our game against San Diego my Sophomore Year -- except the score was reversed.  The next football game will be the Homecoming Game against Holtville on October 16th at Lincoln High School at 6:30 PM 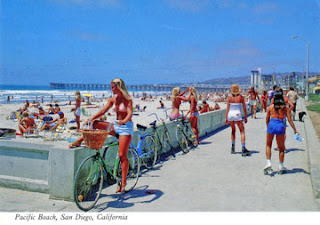 Some folks impugned my integrity by claiming they couldn't see my shoe at the left in the postcard photo above, so I've enlarged that portion of the shot.

Are you happy now? 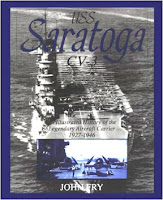 The drinks are on me -- or maybe not.  I received my biannual royalty check from Schiffer Publishing for my book on the USS Saratoga CV-3.  It was in the amount of $26.05. 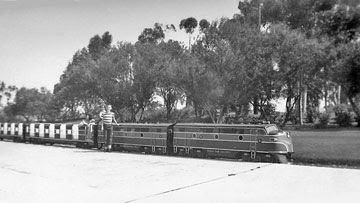 Another blast from the past from the Jagodinski Archives.  Ron Jagodinski '62 stands next to the model railway train in Balboa Park in September 1952.  Click HERE to see an enlarged version, plus some color photos from Bill Ross '65. 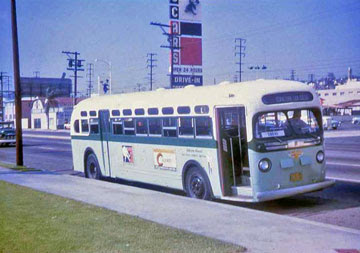 Greg May posted this bus photo on his Vintage San Diego Facebook page.  Can you tell why he added it to his Oscar's Drive-In Album?

Mike Poulson '73 sends word of the belated passing, in 2011, of his next door neighbor Mike Sentovic '74