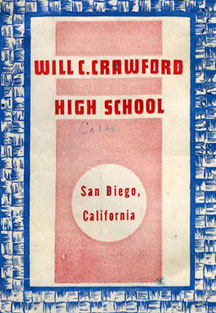 School has started in the San Diego Unified School District.  You better get over to the Financial Office and pick up your book covers.  Click HERE for more information. 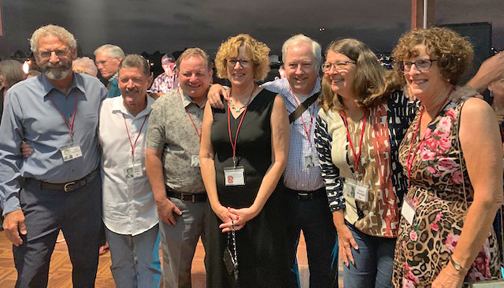 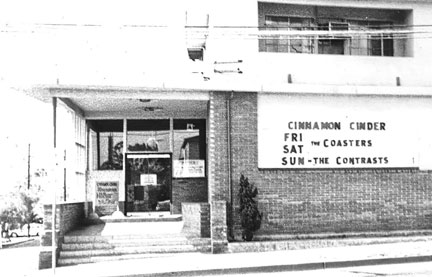 This photo of Cinnamon Cinder, 7578 El Cajon Blvd,  popped up on Facebook last week. Did you ever go there?  Me neither.  Did you know it was a chain, owned by LA disc jockey Bob Eubanks?  Me neither.  Click HERE to read all about it.  Below is a current Google Street View of Helix Environmental Planning, which today occupies the site at the northeast corner of El Cajon and Comanche.  I strongly suspect the old building was dozed to make way for this new building. 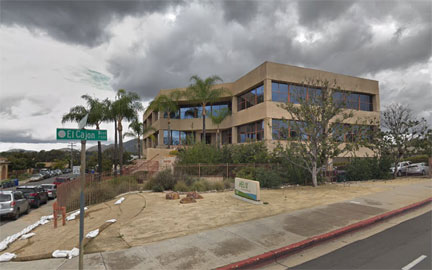 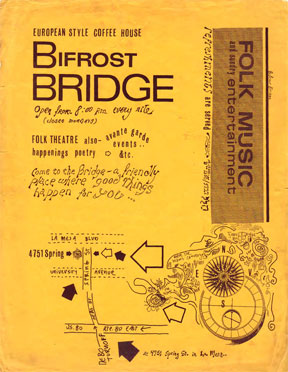 Cinnamon Cinder made me think about Land of Oden and Bifrost Bridge.  I didn't get out a lot in my youth, if you're wondering how I could think these two things belong together.  Anyway, click HERE to revisit my Bifrost Bridge page. 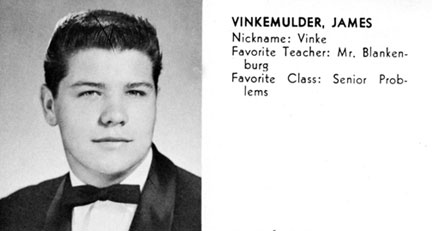 Jim Vinkemulder ’59 passed away on August 3, 2019.  After graduation Jim moved to La Puente, CA, where he met and married Carla Nelson in 1961 and had two daughters.  He became part owner of Steve Hurd Motorcycles in Montebello and part owner of Whittier Kawasaki also.  When the shops were sold,  Jim had various other jobs throughout his life, the last eighteen years with Azusa Pipe and Tube Bending where he retired from.  Jim's family became dune buggy enthusiasts and hit the desert every chance they could. Jim and Carla became grandparents in the early 1990s with a granddaughter and grandson of whom he was so proud. Jim will be truly missed by all who knew him.