I guess the Roaring '20s are back.  I'm waiting for it to stay light a little longer -- and warm up.   I don't expect to get a lot of sympathy from Colts ensconced in cooler climes. 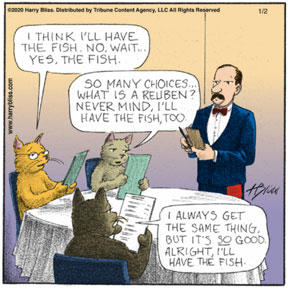 I liked this Harry Bliss cartoon from yesterday. 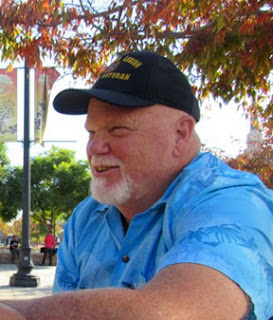 Better late than never!  An article in the November 21st Union-Tribune told about George Glover '73 being honored as the Veteran of the Year in El Cajon.  George joined the Coast Guard and was sent to the Coast Guard Station on Harbor Drive.  Reminds me of my late friend John Finn.  He was raised in Los Angeles and joined the Navy to see the world.  I think he spent the first 10 years of his enlistment at North Island, but managed to win the Medal of Honor for his heroics at Pearl Harbor on December 7th.  John died in 2010 at age 100.  By the way, George Glover eventually put to sea.  Click HERE to read all about it. 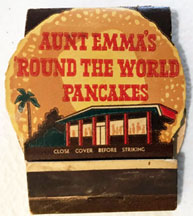 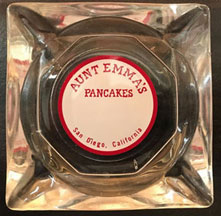 I've added two more items -- a matchbook and an ash tray -- to my Aunt Emma's Pancakes page, courtesy of John Clay '69.  Remember when everyone smoked in restaurants, even the waitresses?  But the health department made them wear hair nets?  Remember when you could be seated in the No Smoking section, but still be next to a table in the Smoking Section?  Glad I got THAT off my chest.  Click HERE to revisit the Aunt Emma's Pancakes Page. 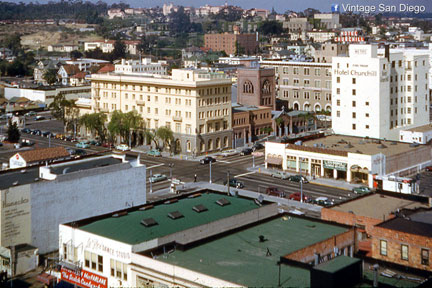 Here's a brilliant color photo of San Diego, circa 1953, when Navy Hospital was a sprawling pink complex and San Diego High was covered in ivy.  Click HERE to see this photo enlarged on my web site.